Chapmans Peak Drive is a scenic section of road that lies between Hout Bay in the north and Noordhoek in the south. The road is of heritage, cultural, and environmental significance and is bound to the west by the Atlantic Ocean and land owned by the South National Parks (SANParks) on either side of Chapmans Peak Drive. Chapmans Peak Drive is prone to rockfalls which poses a risk to road users. As a preventative measure, catch fences and a half tunnel, inter alia, are in place to mitigate rockfalls and minimise safety risks for road users.

The removal of rocks from the catch fences and half tunnel are required regularly as part of maintenance and safety of the road. This Maintenance Management Plan (MMP) is for the depositing of the collected rocks in selected gullies below the road along Chapmans Peak Drive. These gullies are on land owned by SANParks. The half-tunnel is a concrete structure that protects that section of Chapmans Peak Drive from rockfalls and catch fences are located on the mountain slopes above the road, with the function of trapping rock material before it reaches the road. Periodic anchor testing of the half tunnel is required to ensure its structural integrity. To perform the anchor testing, rocks have to be removed from the roof of the half tunnel. As the anchor testing is required regularly, along with the removal of rocks from the catchfences, the opportunity, therefore, exists for the rocks removed to be deposited into the gullies located along Chapmans Peak Drive below the road. This would avoid transportation of the rock material off site and minimise costs of this activity.

A Maintenance Management Plan was compiled for the depositing of the rocks that collect above the half tunnel into the gully directly below and distributed for comment in November 2019. In consultation with SANParks it was suggested that the botanical and faunal impact of the rocks being deposited into this gully be assessed and included in the Maintenance Management Plan. Further discussion resulted in seven gullies being investigated for this activity. As such, it was agreed with SANParks that an ecological specialist, Nick Helme, be appointed to assess the seven gullies and report on the potential impact of the proposed activity of depositing rocks into the gullies. This Maintenance Management Plan has thus been revised to incorporate the findings of the ecological specialist study and the outcome after assessing seven possible gullies. This MMP is being distributed for a second 30-day public commenting period to registered I&APs.

Back to Public Zone 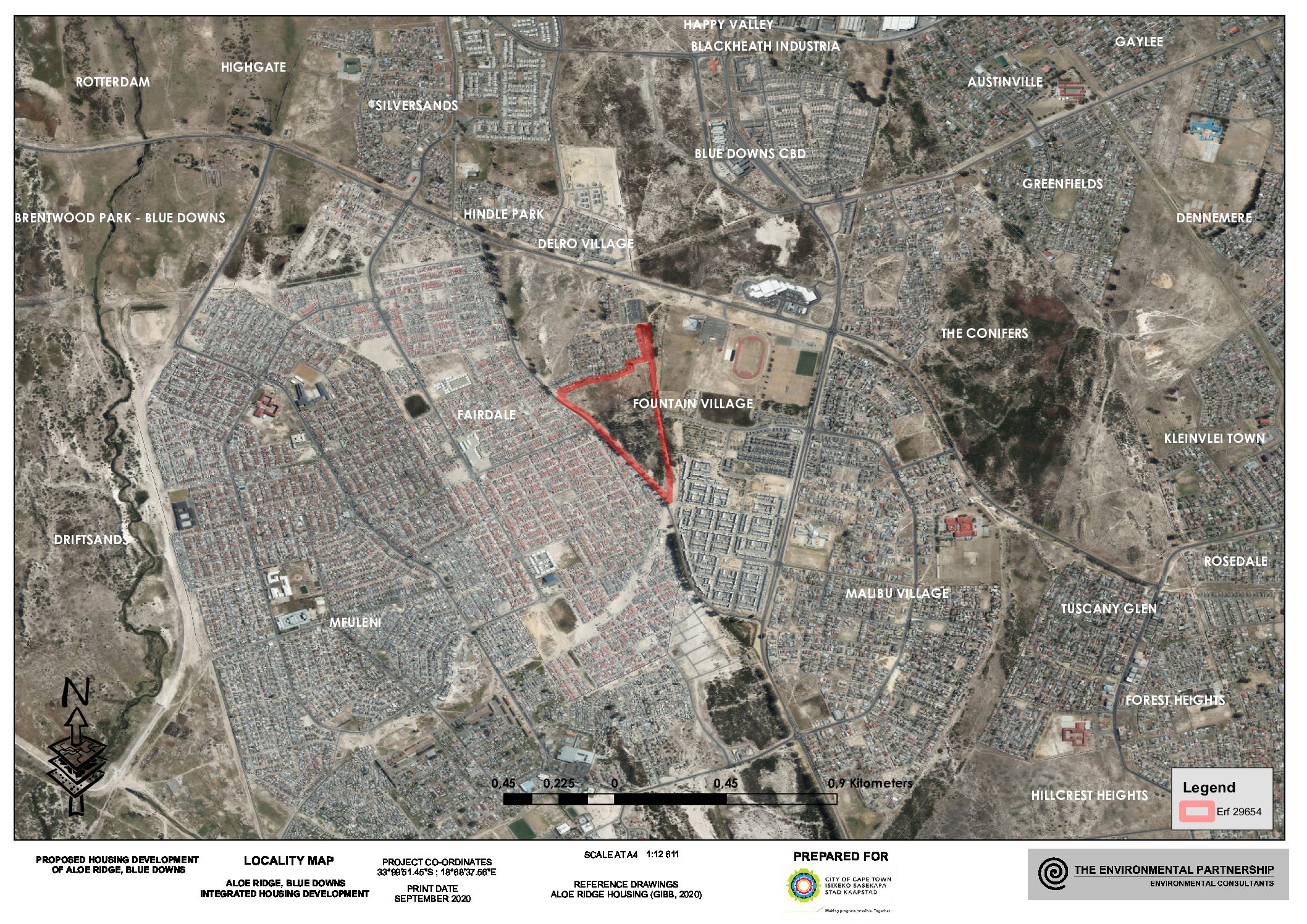 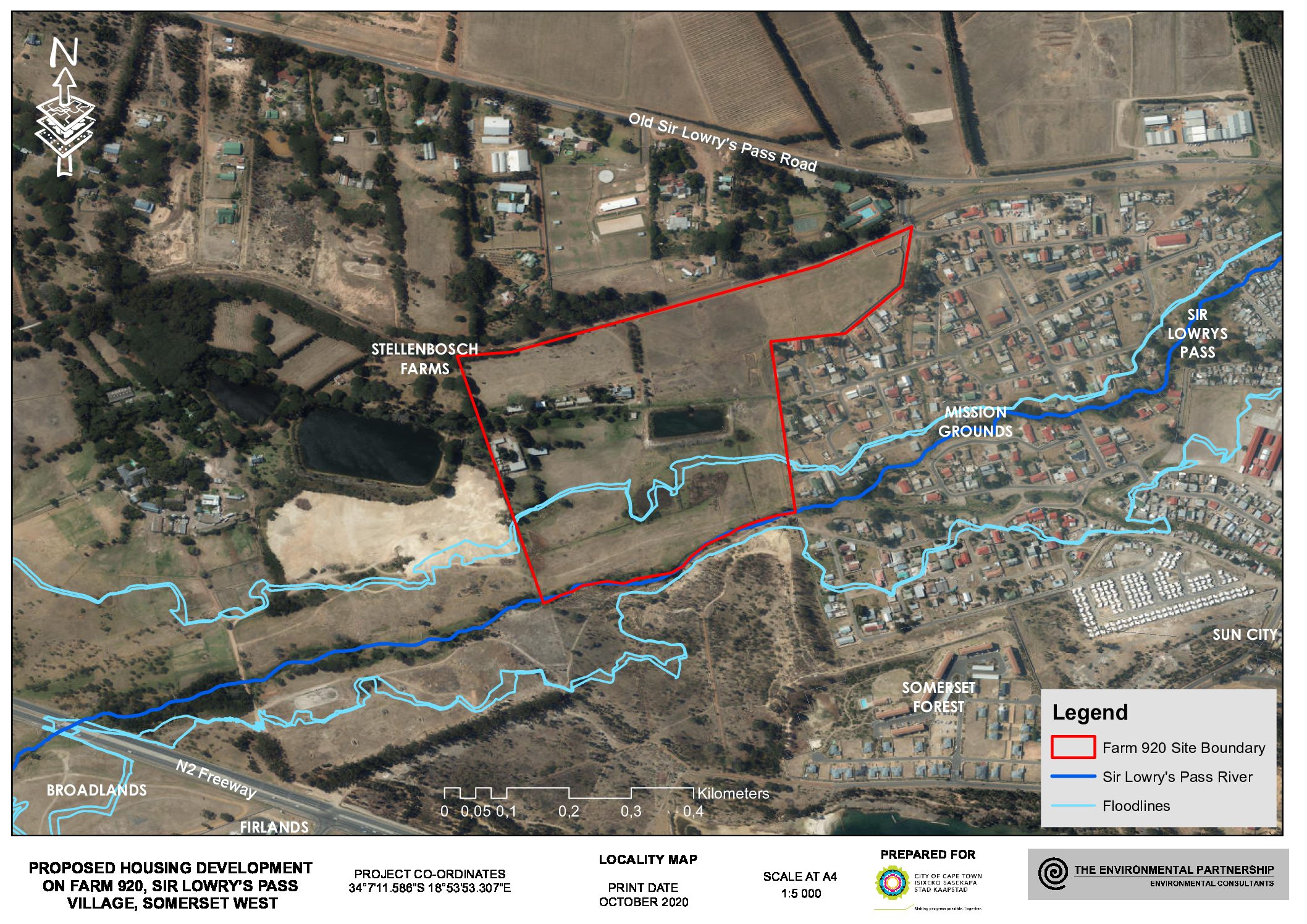 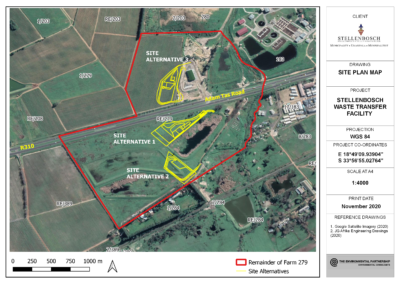 NOTIFICATION OF ENVIRONMENTAL AUTHORISATION – ENVIRONMENTAL IMPACT ASSESSMENT FOR THE PROPOSED WASTE TRANSFER FACILITY ON A PORTION OF THE REMAINDER OF FARM NO. 279, STELLENBOSCH. DEA&DP REF. NO. 16/3/3/1/B4/45/1063/20 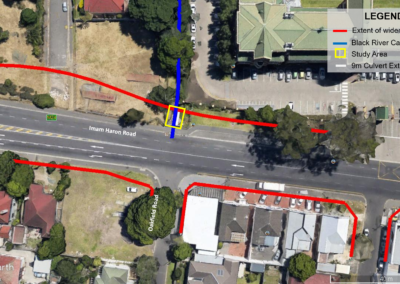 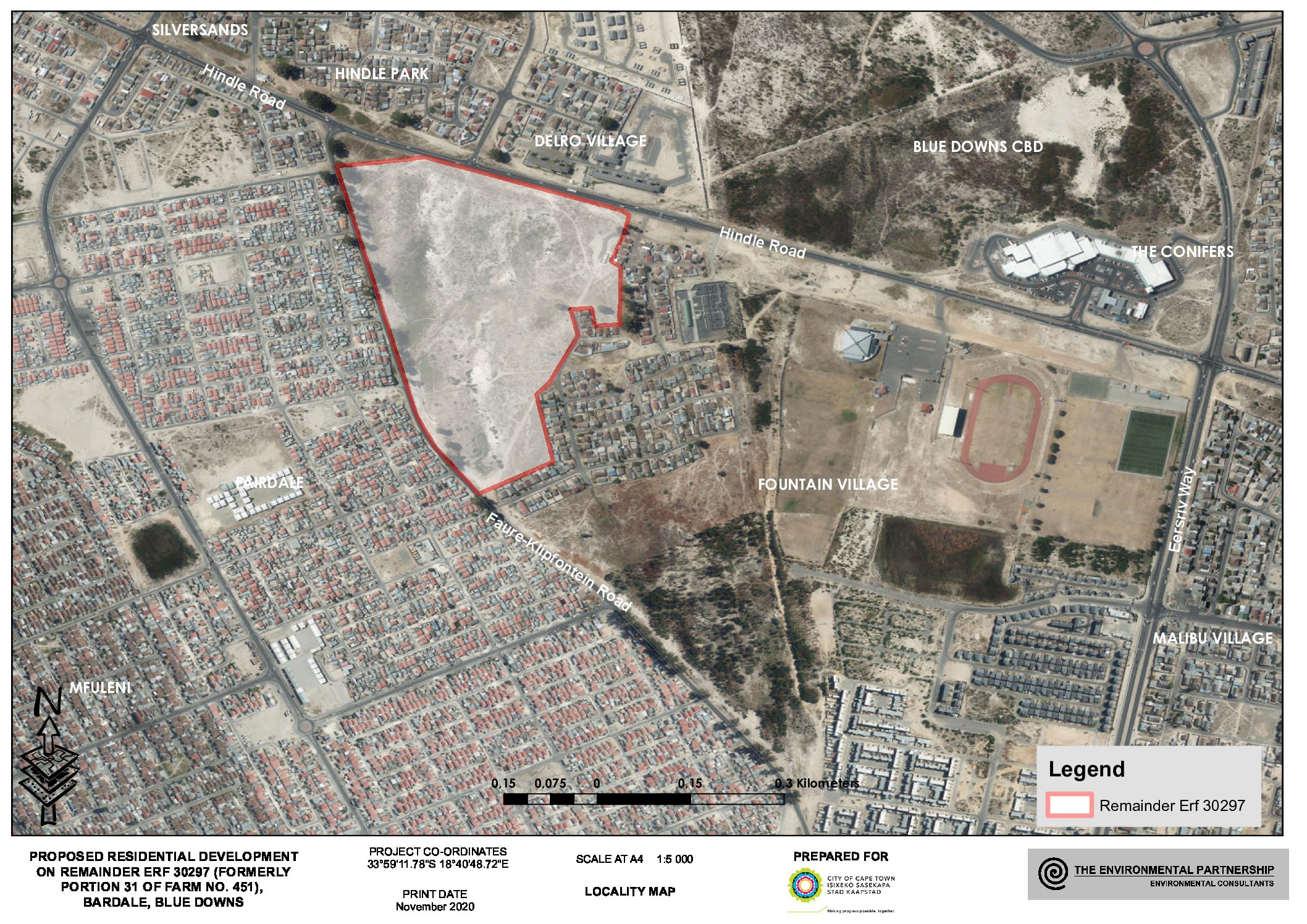 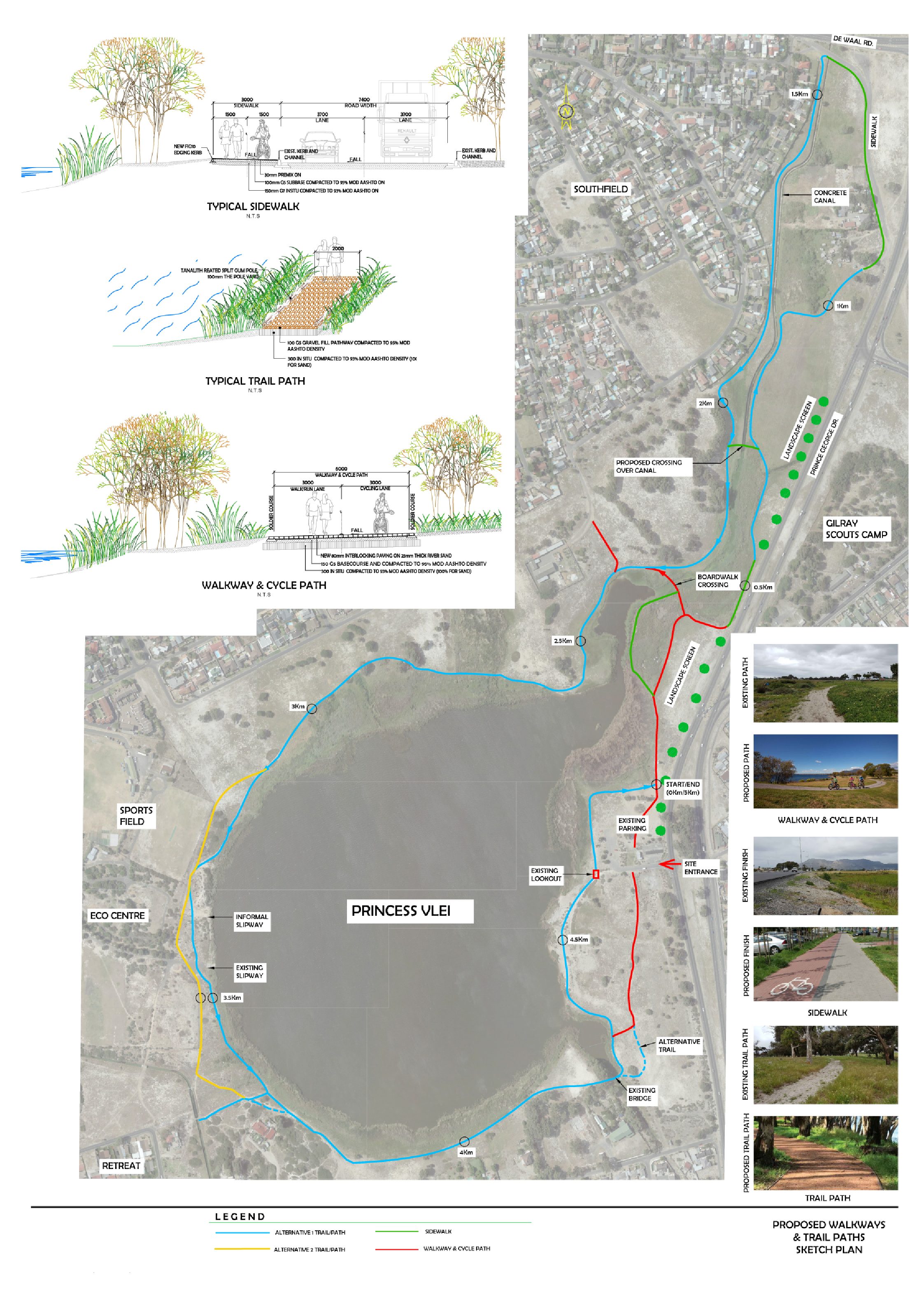 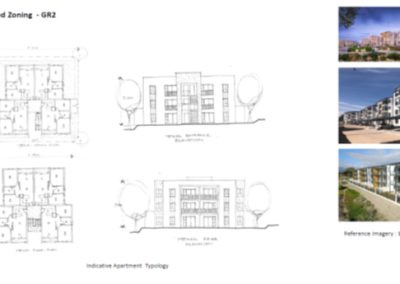 NOTIFICATION OF ENVIRONMENTAL AUTHORISATION FOR THE PROPOSED CONSTRUCTION OF A RESIDENTIAL DEVELOPMENT AND ASSOCIATED INFRASTRUCTURE ON PORTION 35 OF FARM 918, SOMERSET WEST (DEA&DP REF. NO. 16/3/3/1/A3/54/2004/20) 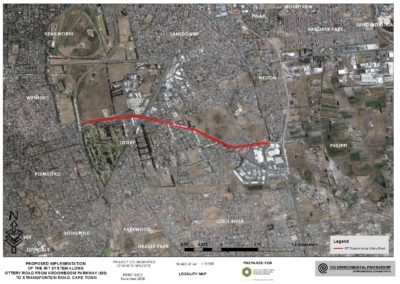 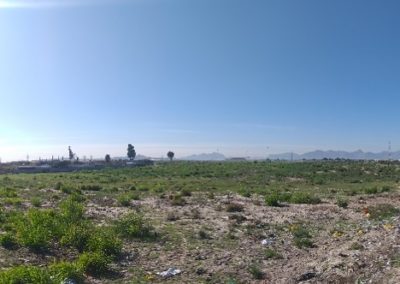 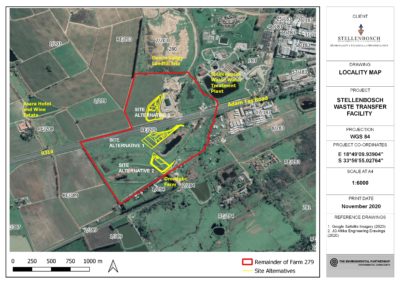 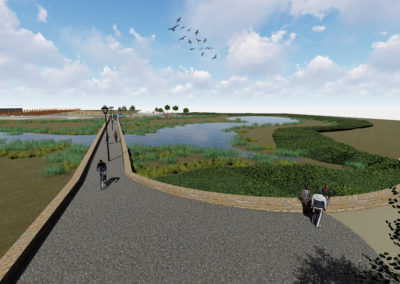 PROPOSED DEVELOPMENT OF THE ASANDA VILLAGE WETLAND PARK ON ERF 32680 AND ERF 29864, STRAND 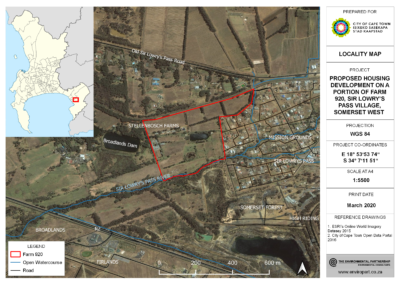 NOTIFICATION OF THE AVAILABILITY OF THE BASIC ASSESSMENT REPORT FOR COMMENT AND PERUSAL FOR PROPOSED HOUSING DEVELOPMENT ON FARM 920, SIR LOWRY’S PASS VILLAGE, SOMERSET WEST 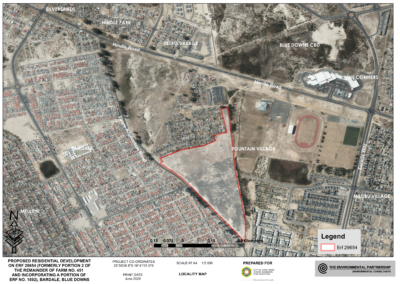 NOTIFICATION OF THE AMENDED ENVIRONMENTAL AUTHORISATION FOR THE PROPOSED RESIDENTIAL DEVELOPMENT ON ERF 29654 IN BARDALE, BLUE DOWNS DEA&DP REF. NO. 16/3/3/5/A4/5/3019/20 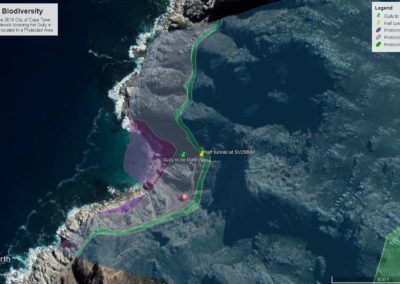 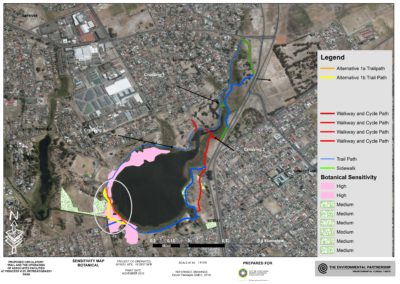